Leaving a legacy
for students 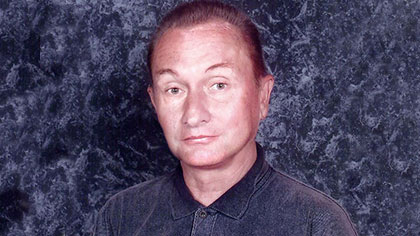 Intellectual, well read, and an avid sports fan is how friends of the late Ken March (BS ’69, MA ’72, PhD ’73) describe him. Sadly, the three-time Loyola alumnus passed away after a long and heartbreaking search for a new kidney.

Before his death, however, he made a point of leaving a significant gift through his individual retirement account to Loyola’s Department of Psychology to create the Kenneth A. March Scholarship in Psychology for graduate students studying social psychology. His final wish was to create a legacy to repay the university that gave him his education and the tools for his successful career.

“I met Ken many years ago on the tennis courts in Evanston,” says neighbor and friend Steve Gritton. “He was quite good, and we played once or twice a week for 40 years. I also knew him to be tenacious; but after suffering from end-stage kidney disease for the last several years, he just couldn’t beat it.”

Ken’s doctorate degree in social psychology earned him high regard in the medical research field, where he analyzed the psychological factors that informed the marketing of pharmaceuticals to physicians.

As executive vice president and director of research at Seiber and McIntyre, Inc., Ken conducted studies to determine if a client’s message was being understood or, if not, why not.

“With that information, Ken would work with the creative team, medical writers, and artists to
produce a better end product,” said former colleague Dr. Bob Buckman. “He was very good at what he did.”

As a graduate student in the social psychology program at Loyola in the early 1970s, Ken worked with his faculty advisor, John D. Edwards, professor emeritus of psychology, who also directed March’s doctoral dissertation. They worked together on several projects dealing with
ways people can resist changing their attitudes even when faced with persuasive information.

“This topic was relevant to Ken’s plan to enter the field of advertising, which he did with great success,” John wrote on Ken’s memorial wall. While still a student, Ken presented his research at professional psychology conferences and was among the first graduates of the program.

“He paved the way for others who wanted careers doing applied research in nonacademic, real-world settings. He made his positive mark in this world that will live on.”